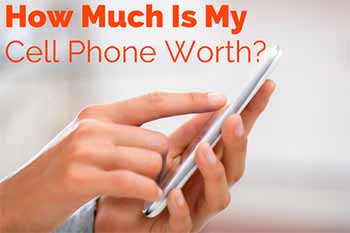 How Much Is My Phone Worth

If you’ve been thinking about selling your cell phone - which can happen for a variety of reasons - it’s a normal, smart question to ask yourself, ‘How much is my phone worth’?

You might know what you paid when you got it originally, and how much the MSRP was when it was released, but could you still get paid close to that much? It has to be out of reach, right?

There are a ton of factors that affect how much your phone is worth. Let’s go over some of them. What Affects The Value?

This has to be one of the most important aspects when answering the question ‘how much is my phone worth?’ and for good reason.

Condition determines whether anyone is really even interested in the device. Selling a broken phone, for example, versus one in mint condition could be a difference of literally hundreds of dollars.

But it goes further than that. With everything equalized, just a mere drop from an excellent condition into something more standard with wear and tear can make the difference of $100 or more, easily.

Bottom-line here: if you’re interested in selling your phone in the future, even if you don’t want to do so now, keep it in perfect condition to get top dollar when it's time to sell your phone.

A Clean ESN is very important for selling your phone. If it isn’t clean - meaning the phone is fully paid off and has not been reported Lost or Stolen - the value of the phone drops drastically.

Value is highest for a Clean ESN, because it allows the new owner to use the device without limitations.

A Financed Phone still has good value, but these phones will not wrk for all buyers. Some carriers, especially MVNO, will likely not activate a Financed Phone. Always check with multiple carriers BYOD checks to determine if an ESN can be acticated.

Bad ESN Phones have been reported Lost or Stolen and likely had an insurance claim filed for replacement of the device. These phones have almost no usability outside of substituting for an iPod or tablet. No carrier will activate these devices and you will not be able to contact the original carrier to pay the phone off or explain that you bought it in error. Once a phone is Bad, it will always remain Bad.

3. iCloud or Google Lock vs No Lock

These have to do with the phone being activation locked, this type of lock significantly takes away from the value of the phone.

An iCloud Locked iPhone cannot be used again, unless the original owner removes the lock. Outside of that these phones are typically worth what the Screen Assembly would cost to replace. The newer then phone the higher the value.

It’s best if the phone isn’t locked at all, in order to get the most value for your device. If it is, go through the necessary steps to remove the lock if you can. If you can’t, it may have a large negative impact on your device’s value.

What Recell Cellular Can Offer You

Unlike other device buyback companies, Recell Cellular is the only company on the market that will buy Locked Phones, Financed Phones, Phones with Bad ESN's and more at market-rate and above prices.

You’ll get the best bang for your buck at Recell Cellular, mostly due to public prices and a clear, established system for the value of the devices that a normal seller can understand.

If you want to understand how much your phone is truly worth - and answer that question that’s been hanging around in your head "how much is my phone worth" - then head over to Recell Cellular, pick your phone, answer some basic questions and get a quote.

How Much Is My Phone Worth