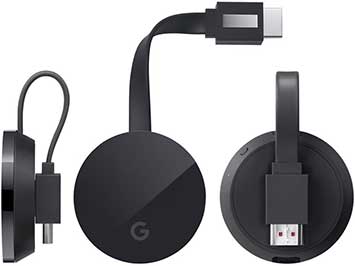 There’s been a break in the multi-year feud between Google and Amazon, apparently, as Amazon is now — once again — selling Google Chromecast devices on its site. The devices were banned from Amazon back in 2015, when the retailer then decided that only devices supporting Prime Video would be allowed. A year ago, it said it was assorting Chromecast but that didn’t hold up. Instead, the two companies entered into another feud — this time over Amazon’s implementation of a YouTube player on its Echo Show.

But now, things seem to be cooling down again.

As first spotted by Android Police, Chomecasts are back for sale on Amazon.com.

Specifically, the $35 third-generation Chromecast and the $69 Chromecast Ultraare available, the report found.

Amazon declined to offer a public statement on the matter, but TechCrunch has confirmed that the Amazon assortment officially includes these two devices — that is, their listings are not a fluke or a mistake.

Of course, this leaves some Chromecast users hopeful that Google has chosen to support Prime Video — especially since that’s the reason why Amazon finallyallowed the Apple TV back on its site last year, after those two companies buried their own hatchet. That’s not the case as of today, however.

It’s a shame that Amazon and Google haven’t been able to play nice, as it’s consumers who suffer as a result.

Not only was it impossible for Amazon shoppers to find one of the most popular streamers on the market, Chromecast’s lack of Prime Video means that Fire TV also lacks Google’s YouTube TV. Access to these streaming services are a major selling point for media players, and likely a key reason why the more agnostic platform Roku has fared so well.