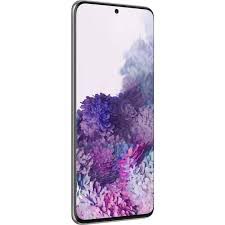 Sell Your Galaxy S20 And Upgrade

Want to Upgrade to the Samsung Galaxy S21? Sell Your Galaxy S20

Recently on January 14th, 2021, the S21 was released to the general public. For some customers, they may have been anticipating an upgrade for a while now and have already cashed in their previous phone and switched. Others might be waiting to get the most out of their device before they do the same.

You may be considering selling your Galaxy S20 for a lot of different reasons. For one, it’s an older model. While many things are still up to date, it’s behind the curve on different software updates and hardware standards. Eventually, compared to something like the S21, it’s going to fall behind more noticeably.

Even more important than that, though, is the fact that you more likely than not have a locked or financed phone. Around 55% of Americans have their smartphone through their contract, in one way or another, and due to the price of these devices, it's also likely you haven't paid it off yet.

You don’t have to settle for the older phone, however, if you’re looking at the new version and find yourself desiring it. An option that allows you to get everything you want exists. Sell your Galaxy S20, for example, and roll most of what you paid into paying off your new S21. You’ll get the new phone, new hardware, new software and features--but all of the money you paid into your old phone doesn’t just disappear into thin air.

Sell Your Galaxy S20 And Get Your Phone’s Full Value

Many different sites and carriers won’t give the full value of what you’ve paid for your phone. With a locked phone, you don’t have many options other than to take what they give you, normally: except if you found someone to buy the phone and take the contract off of your hands.

Sell your Galaxy S20 and get the best deal that you can for it if you’re preparing to upgrade. The math, for the most part, supports this as well: unless you’re trying to squeeze every last day you can out of your phone until it inevitably breaks. For most Samsung users, however, they’re looking forward to upgrading very soon, and selling a financed phone is one of the best ways to do that.

If you have a good portion of your phone paid off, and you’re being given the full value for it, a third-party buyer may be able to handsomely reward you for your device. You’ll probably have more than enough to roll a significant amount into your next phone. It also saves you the hassle of continuing your current plan, and lets you decide what you want your next phone plan to look like when you go to buy.