So You Want to Sell Your Phone?

Choose The Right Place to Sell it To

So, you want to sell your phone? It can be a great, lucrative decision if done right. You can save money, upgrade your device, or even just try out different models. There’s tons of benefits to selling your phone - but many of those evaporate if you pick the wrong place to sell it to.

Say you wanted to sell your phone and you Googled options. A few popular ones may show up, sure, and they might be okay options if you want the money fast.

Of course, there’s also tons of risks to choosing the wrong site or marketplace to sell your phone to - from chargebacks to complaints to seller fees. Before you know it, you may have lost money or hardly gained anything at all, and be out of your phone without much to show for it.

Let’s go over why it’s really important to choose the right place to sell your phone to. 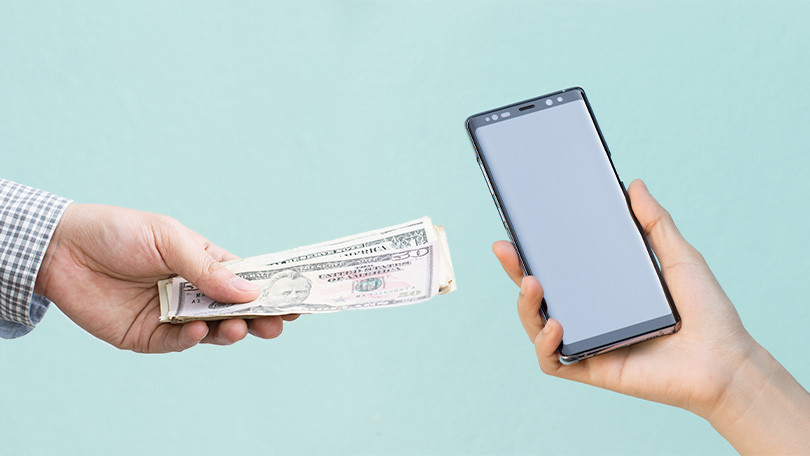 Swappa Is Not The Best Option To Sell Your Phone

Swappa is a common platform that a lot of people use for exchanging or selling devices, from phones to laptops to tablets and everything in between. While this is all well and good, the platform isn’t perfect and has many downsides to it.

First of all, it isn’t even focused on phones. It has a much wider range of appeal than that, being more of a general tech resale site. You lose as a seller because of this, though - for a lot of reasons.

You might find your phone hard to sell in the first place. You’re going to be put into a massive listing of a bunch of other people trying to sell their phones. Your condition, financed status, carrier, and everything else are going to be judged. It will affect how much you can get and if you don't have a good evaluation, it’ll probably be hard to sell it at all.

Fees can also be charged if you use Paypal to sell - once the buyer makes the sale and the money goes through Paypal, you will pay a fee on what you receive.

Finally, Swappa doesn’t even offer the best deal on the phones they let you sell. So - don’t use Swappa. There are far better options out there.

Selling Your Phone on Ebay Can Be A Nightmare

If Swappa isn’t perfect, Ebay can be even worse. Chargebacks, complaints, and other issues are common on Ebay and it’s not just with phones, since Ebay is really just a giant marketplace of sellers and buyers meeting over and over again.

Ebay charges a massive seller fee on many items: up to 10.2% on a lot of different products, phones included! Depending on how big your sale is, you could lose $60, $70, $80 or more just by going through Ebay.

Chargebacks are another big, alarming concern. Usually, sites like Ebay almost always side with the buyer, and as the seller, that’s not good for you. You might have to deal with the hassle of shipping your phone back and forth, or argue with the buyer over pedantic details that do little to affect the phone’s value - while he’s just trying to save as much money as possible, knowing he’s arguing in bad faith.

Don’t sell your phone on an ancient marketplace like Ebay. Use a better system.

Choosing The Right Site is Absolutely Key - Use Recell Cellular

Now that we’ve gone over while those two popular sites aren’t as good of an option as you may have thought, let’s discuss while Recell Cellular is the best place to sell your phone online.

Recell Cellular’s easy-to-understand quote system will let you learn your phone’s value in a flash, and they take any kind of phone: bad condition, financed, locked or not, any kind of carrier - it doesn’t matter. Recell Cellular will take it.

They also have the best offers out of any online store when it comes to selling your phone. You won’t get a better deal, and you’ll sell it fast without any hassle while getting the maximum profit for your efforts.

So it shouldn’t be a hard decision - sell your phone to Recell Cellular. Ditch those other options and use the best phone reseller site on the Internet.